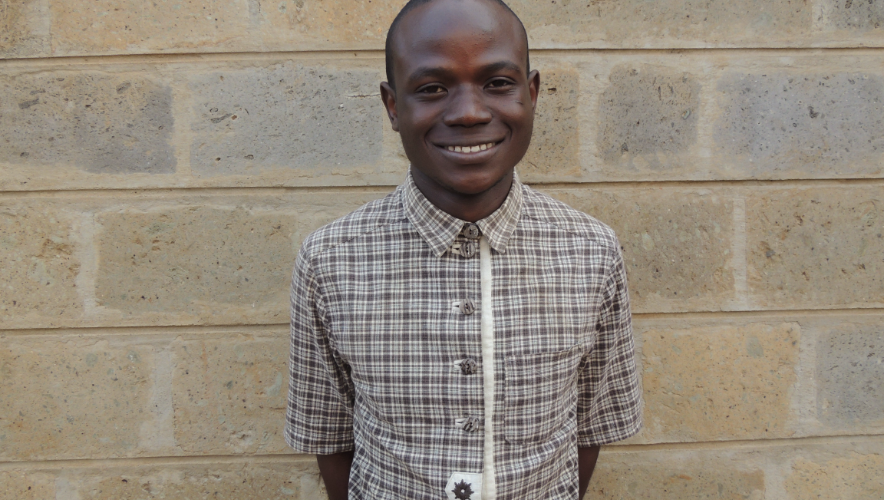 My name is Charles Sifuna and I am the fourth born in a family of six children. I have four brothers and one sister. I was born in Kakamega County (formerly known as Western province or Luhya Land) in a sugarcane plantation twenty-fouryears ago. My Father was employed as a carpenter by an Asian company and worked there for more than 20 years, but finally left due to harsh working conditions. He went back to Western Kenya where he established himself as a small-scale farmer and continued this work to date. My mother used to be a tailor but she got a cleaning job with the Nairobi City Council in 1992. She got a promotion in 2007 and now she is a tax collector. She will be retiring in 2020.

I grew up in the Kibera slum, the largest slum in Africa. I still reside there with my mother up to date. Life for me has been much more about surviving than living. Lacking basic needs such as proper sanitation and clothing was normal for me and the friends that  I grew up with.
I can’t blame my parents because they tried their best to make ends meet.

Kibera is the perfect place for people who are living on less than a dollar per day. The place is densely populated with a lot of mud houses, open sewers and frequent fire outbreaks, leaving many peoplehomeless. There is very little privacy due to the dense population, therefore a lot of children are exposed to social injustices such as family violence at a very tender age.

Personally, my lowest moment while growing up in Kibera was back in 2002, when I was eight years old. Tribal clashes broke out in the middle of the night, and a lot of people lost their lives. Some of these people included our five neighbours who were beheaded. It was really terrible because in the morning there was blood all over the streets, burned houses and a loss of so many innocent souls.

In 2007, the post elections clashes caught me while travelling with my father to Nairobi from Western Kenya. We almost lost our lives when a group of men armed with machetes were on the road stopping buses and killing people who were not from their tribe. Luckily our driver did not stop the bus we were travelling in, so were survived.


Even though the conditions in the slums were never good, I’m glad my parents took me to school. Sometimes I would be chased from school because my family had not paid school fees, but my parents never lost hope and they kept encouraging me and telling me to keep working hard.

After completing High school in 2013, I was not able to join college due tolack of school fees so I spent the whole of 2014 in the streets of Kibera, hustling for money. I got a job in a local weight lifting gym where I worked as an instructor for six months from 8am to 9pm earning a dollar per day. I left the job because my boss did not pay me for three months.


My mother applied for a loan of Ksh60000($760 AUD)and took me to college in 2015. I started very well but the money was not enough for myongoingfees(more than $1500 per year), therefore I missed a lot of classes and was not able to sit for my exams.

In 2016, The Kickstart Project came in and rescued me. They paid all my school fees and enabled me to continue with my studies smoothly.

I am studying air travel and tourism and I will be completing my studies this year. I will become a travel consultant. My first internship was last year where I was working for a travel agency. I learned ticketing and application of visas for passengers travelling from Kenya to other destinations in the world.

I recently completed mysecond and final internship at the Jomo Kenyatta Airport, where I learnthow to issue boarding passes to passengers, how to tag and load passengers baggage on the aircraft, where to take passengers who are in transit and also taking passengers in wheelchairs to arrivals. I really enjoyedmy Internship and to be honest I AM LIVING MY DREAMS.

My hobbies are reading inspirational books, poetry, listening to music watching football and also watching documentaries. In my free time my church members and I visit high schools in Kibera and encourage the students to work hard and stay motivated.

My dream is to own an airline and also help others the way that I was helped by The Kickstart Project. 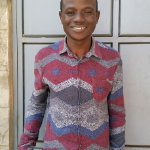 My name is Charles and I have sponsored in The Kickstart Project tertiary education program for 3 years now.

I am passionate about making a difference in the lives of others, just as The Kickstart Project has done for me